If you want to talk with us directly about a product, please use the email below, and we will get back to you soon. enquiries@spectrumtech.com 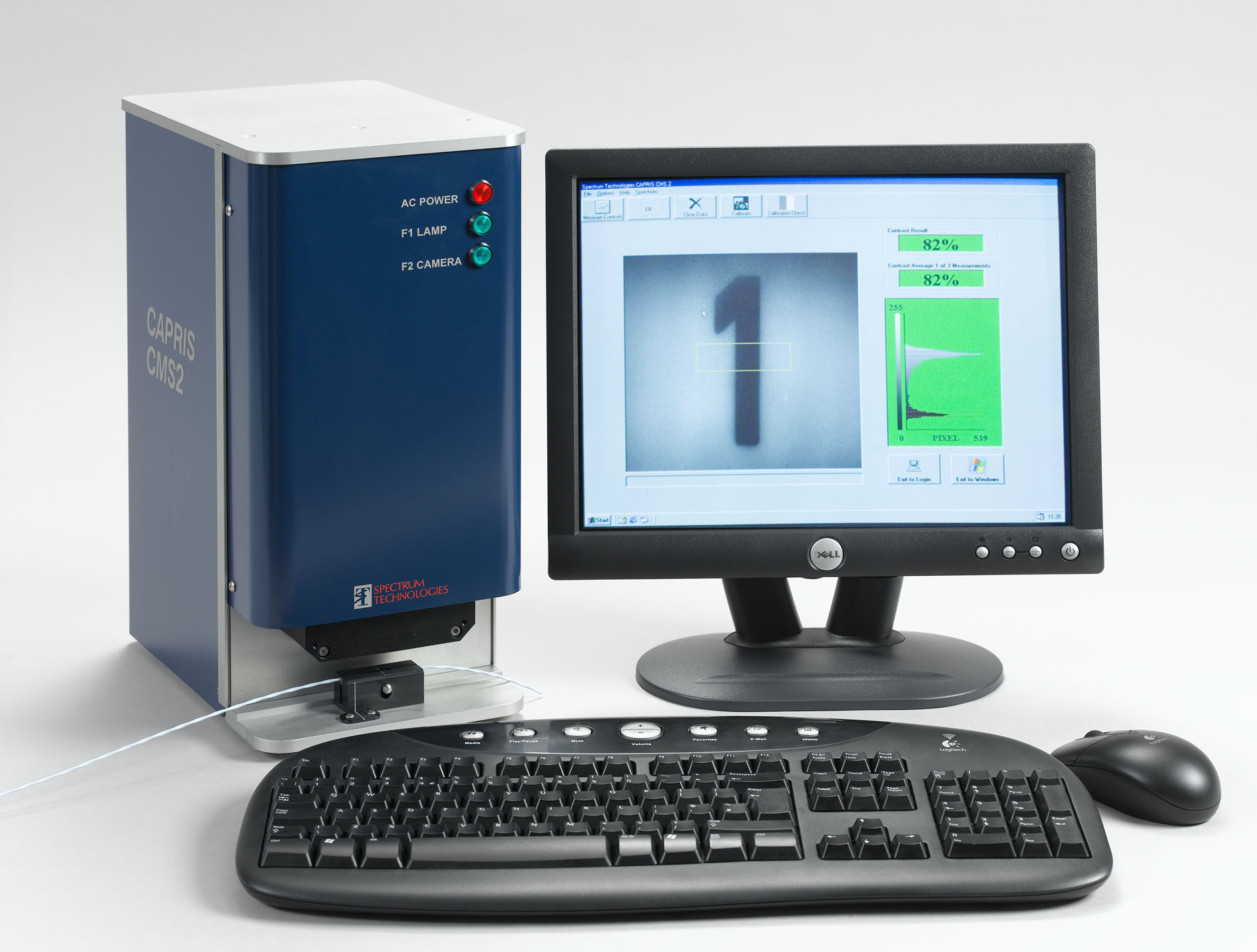 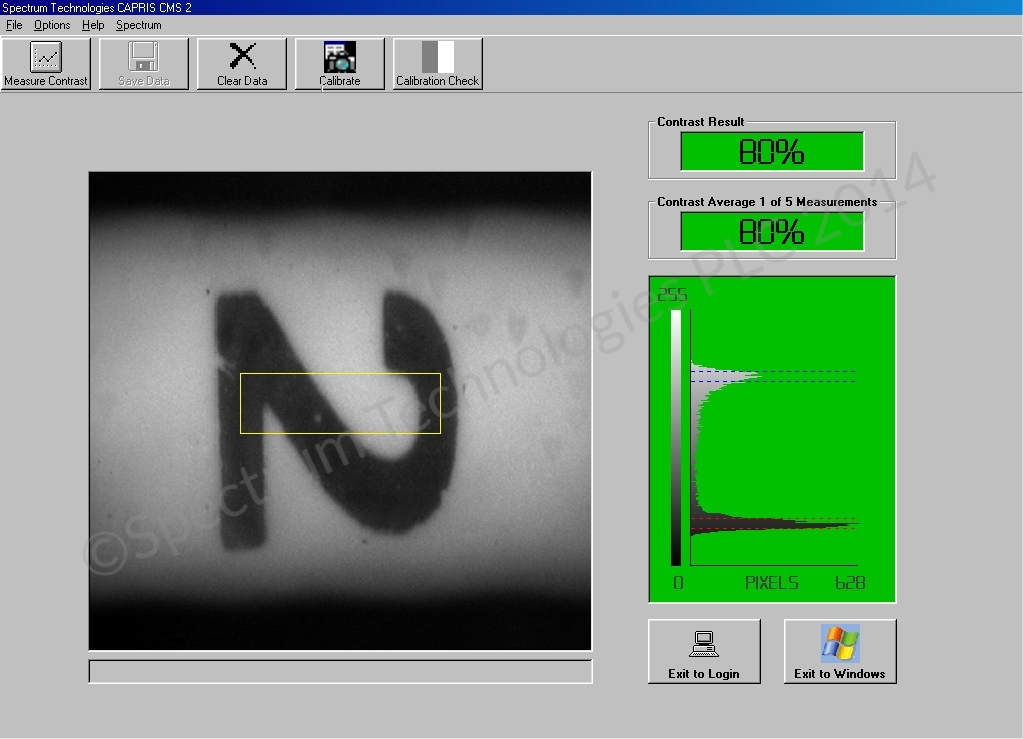 Screenshot of the CMS measurement screen

For US government customers, this product is listed on the GSA Advantage website under contract number GS06-F-0044N.

The CAPRIS CMS2 (‘Contrast Measurement System 2’) has been designed specifically for off-line contrast measurement of laser generated marks on electrical wiring or fibre optic cabling employed in aerospace and other critical industries.

It provides a convenient Quality Assurance tool that can be employed simply and quickly to monitor and measure the average contrast of user applied and/or manufacturer markings on wire and cable.

CAPRIS CMS2 operation and performance has been verified by the US National Institute of Standards and Technology (NIST) under a US Navy funded programme.

The CMS2 calculates the contrast by measuring the variation in luminance on the surface of a sample over an area encompassing the mark and the unmarked insulation. Driven through Windows software (supplied with the system) with a full file management capability, the contrast of a sample is measured accurately and calculated in a single measurement at the click of the mouse. The operator then has the option to store the contrast result and the sample information on file.

In addition, the CMS2 data can be used in SPC systems recording contrast vs time/wire manufacturer and wire gauge. The system is able to measure contrast repeatably and efficiently (independent of time or the operator) and provide a record of the measurements for quality tracking purposes.

Spectrum’s CAPRIS CMS2 is qualified to:

The CAPRIS CMS2 also complies with the requirements of the following international aerospace standards:

The CAPRIS CMS2 design and mode of operation is patented under patents granted in USA, United Kingdom, Germany, France – European Patent No: 0925549, US Patent No. 6826307.